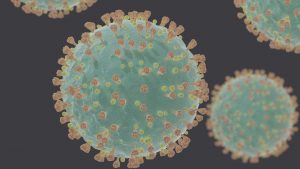 SHANGHAI – On March 24, a court in the central Chinese city of Fuyang announced that a $1.5 billion hospital built just four years earlier had filed for bankruptcy because it was unable to pay its debts.

For most of the last two years, the Fuyang Minsheng Hospital had been fully involved in mass coronavirus vaccination and testing programs in the city, training almost 100 staff to perform throat swabs and setting up mobile vaccination facilities to go to schools and workplaces, at the order of city officials.

The diversion of resources into what China calls its ‘zero-COVID‘ approach to contain and eliminate the virus forced the hospital to suspend many services it relied upon for revenue, sealing its financial failure.

A civil ruling from the Fuyang court handling Minsheng’s application for bankruptcy restructuring said the hospital’s “funding difficulties” were brought about by the “impact of the epidemic” as well as its failure to secure a bank loan.

According to Kanyijie, a specialist Chinese medical industry information service, the 1,000-bed, 16-hectare Minsheng Hospital took a downward turn soon after the first wave of infections spread through China.

“Since January 2020, in order to cooperate with the city’s epidemic prevention and control work, the hospital suspended some diagnostic and treatment activities and income fell noticeably,” said Kanyijie in April. “There was basically no medical income and the economic pressures were huge.”

Even after entering bankruptcy, as hospital administrators worked on a restructuring plan, local government officials publicly ordered medical staff at the hospital to put on protective gear and head to what they called the “front line” of the war on the coronavirus, where the doctors and nurses raced to complete 400,000 nucleic acid tests on local citizens in five days.

“We will go wherever we are needed,” hospital manager Li Wenfang said on the hospital’s website. “The epidemic does not retreat and we will not retreat.”

Minsheng is just one of dozens of private hospitals that have declared bankruptcy in China during the past two years, pushed over the edge by the cost of complying with the country’s zero-COVID policies. Minsheng and some other hospitals have continued operating to some degree through bankruptcy, but many have closed, evidence of the unintended consequences of the inflexible policy on the country’s efforts to modernize the patchwork health system that takes care of its 1.4 billion citizens.

The world’s second-largest economy remains behind the rest of the developed world by many healthcare measures and is in the middle of a ‘Healthy China’ program that aims to raise average life expectancy to 79 from 76 by 2030, while increasing survival rates for cancer and other chronic illnesses. Zero-COVID may actually make those goals harder to reach.

“Health facilities at all levels and in all provinces have been affected,” said Hong Xiao, researcher at the Fred Hutchinson Cancer Research Center in Seattle, who has been studying the long-term impact of the pandemic on China’s hospitals. “Human and financial resources were diverted from routine outpatient and inpatient care for non-COVID-19 diseases to sustain mass testing and/or meet the surge in COVID-19 cases.”

China’s health administration did not reply to a request for comment for this story. The country’s leaders have steadfastly defended the zero-COVID approach as the country’s least costly option, necessary to prevent hospitals from being overwhelmed and to protect an ageing population which has low immunity to the virus.

Chinese President Xi Jinping, speaking during a visit to Wuhan last week, acknowledged the economic costs of zero-COVID, but said “it is better to temporarily affect economic development than to harm the lives and health of the people.” He said the consequences would be “unimaginable” if China accepted the coronavirus as endemic, as all other major countries of the world have.

Private hospitals are an important part of China’s healthcare system, accounting for about 15% of total patient visits in 2020, according to the latest government data, with publicly owned hospitals taking the rest. The country had 35,394 hospitals, both public and private, at the end of 2020.

Forty-six large private hospitals declared bankruptcy in 2021, up from 26 in 2020 and 21 in 2019, according to corporate information database Tianyancha. Twenty-six private hospitals entered formal bankruptcy proceedings in the first five months of this year alone, including Minsheng.

As many as 685 hospitals – both public and private – closed in 2020 alone, nearly double the previous year, according to research based on Tianyancha data circulated by state media late last year.

To be sure, hospitals and health services across the world have been disrupted and weakened by the coronavirus, and some of those that closed in China were hurt by other factors, such as the government putting a cap on drug prices, a lucrative source of revenue for many hospitals.

But data shows that footfall has declined sharply in private hospitals, partly as a result of policies forcing them to send patients with COVID-like symptoms to public facilities. Because of widespread lockdowns, and a fear of being forcibly quarantined or hospitalized, many people have been either unable or unwilling to come to hospitals to receive treatment for other illnesses, depriving the hospitals of revenue.

The total number of visits to all healthcare institutions, both public and private, stood at 7.74 billion in 2020, down by nearly 1 billion from the previous year, according to the latest official data, the first annual dip since 2003.

Medical journal Lancet Regional Health published a study in 2021 that showed China’s coronavirus outbreak in early 2020 had a “devastating collateral effect” on patient numbers in all regions and all services, with numbers still not fully recovered by June 2020, even though the outbreak was largely brought under control by March.

It estimated that health facility visits fell some 24% from January to June of that year, with the biggest reductions in developed regions of the country, largely due to the virus preventing patients from getting to hospitals or hospitals being unable to treat them, because of the coronavirus disrupting operations.

“These reductions and stagnations in prevention and treatment will likely have significant collateral effects on population health that greatly exceed the direct health effects from the infection,” the Lancet study said. “Crippling losses in revenue … threaten the viability of a substantial number of healthcare facilities and providers.”

The diversion of medical resources to enforce zero-COVID policies has led to deaths, critics say. On March 23, during the recent two-month lockdown of Shanghai, a woman named Zhou Shengni died of an asthma attack after she was refused treatment at the Shanghai East Hospital, which had closed its emergency department due to “epidemic prevention and control measures,” according to an official notice from the hospital.

China has sought to censor unflattering reports from what occurred during Shanghai’s lockdown. Citizens, however, compiled a list using the data collaboration website Airtable, collecting the records of 210 relatives that people said died because they could not get access to treatment, or their treatment was delayed. Some posted medical documents online as proof. Reuters was unable to independently verify the cases.

Wu Jinglei of the Shanghai Health Commission said at a briefing on March 25 that people had been struggling to get medical treatment for non-COVID illnesses.

“There has been a huge pile-up of demand over a short space of time for emergency services,” said Zhao Dandan, deputy director of the Shanghai Municipal Health Commission, during a briefing in late April. He said “there is still a big discrepancy with the actual needs of the public,” meaning that hospitals are still not able to provide people in the city the services they need.

China’s government spent at least 150 billion yuan ($22 billion) on coronavirus testing in the first five months of this year, and the total annual cost of building a permanent testing system could reach 410 billion yuan, according to Huachuang Securities, a Beijing-based brokerage.

A ruling by China’s Ministry of Finance in 2020 stated that all medical costs relating to COVID should be covered by public insurance funds or central government subsidies. The problem for many private hospitals, which provide some of the manpower and equipment for such testing, is that they are not necessarily reimbursed immediately by the government for such work, leaving them vulnerable financially.

A doctor at one public hospital in Shanghai told Reuters 300 members of staff had been engaged in COVID testing since the start of the lockdown in the city in early April, and continued even after restrictions were lifted in early June, and were still expected by hospital managers to volunteer on weekends to test residents.

A study of the Shanghai outbreak published last month by China’s Center for Disease Control and Prevention said fighting the more infectious but less lethal Omicron variant had “placed a huge burden” on China’s medical resources, overwhelming hospitals not with very sick patients, but with asymptomatic and mildly symptomatic cases.

“Regions that previously admitted all SARS-CoV-2-infected individuals may not have sufficient hospital resources to admit non-severe Omicron patients,” said the study, written by a team of local medical experts, including Zhang Wenhong, who has expressed scepticism about zero-COVID policies previously. The paper was subsequently removed from the CDC’s website.