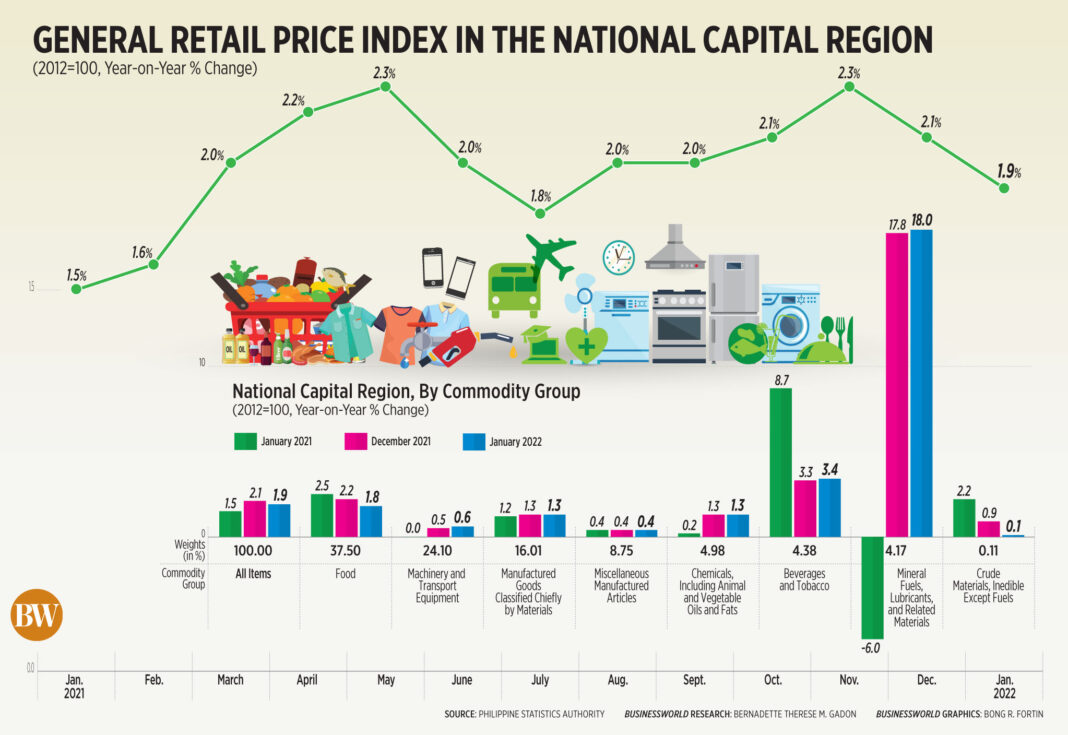 RETAIL PRICES of goods in Metro Manila grew in January at their slowest pace in six months, preliminary data from the Philippine Statistics Authority (PSA) showed.

The National Capital Region’s (NCR) general retail price index (GRPI) grew by 1.9% year on year in January, slower than the 2.1% posted in December but quicker than the 1.5% in January 2021.

The January growth rate was the slowest in six months since the 1.8% expansion in July last year.

The PSA reported declines in the prices of food and crude materials, inedible except fuels which dropped to 1.8% year on year (from 2.2% in December) and 0.1% (from 0.9%), respectively.

Other commodities where prices accelerated included beverages and tobacco (3.4% from 3.3%), mineral fuels, lubricants and related materials (18% from 17.8%), and machinery and transport equipment (0.6% from 0.5%).

Mr. Ricafort warned the GRPI could pick up in February and March as oil and commodity prices spiked after Russia invaded Ukraine on Feb. 24.

“Russia’s invasion/war with Ukraine that led to higher prices of oil/energy, grains/flour/other food items, metals, and other global commodities imported by the country, thereby could lead to pass-on/higher prices of other goods and services,” he said.

In Hong Kong, Xi says ‘one country, two systems’ is here to stay