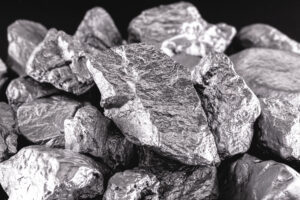 With six key base metals in the focus of the commodities market’s attention, cobalt may seem to remain in the background.

However, the ferromagnetic metal is an important component of rechargeable lithium-ion batteries for electronic devices and electric vehicles, and is valued for its stability, hardness, anti-corrosion protection, high wear and heat resistance.

Cobalt, which is obtained as a by-product of copper and nickel mining, has been in the spotlight in recent years, as consumers strive to reduce risks of unethical and irresponsible sourcing of the metal.

Cobalt’s availability depends on the extraction of the ores in which it is contained. The world’s largest source of cobalt is copper-cobalt deposits in the Democratic Republic of the Congo (DRC) and Zambia. It is followed by sulfide nickel-cobalt deposits in Australia, Cuba, New Caledonia, Papua New Guinea, Madagascar and the Philippines, and finally nickel-copper-cobalt-platinoids, mainly in Canada, Russia and South Africa.

With production being highly dependant on the volatile Central African country, cobalt sourcing has been associated with some issues, the main of which are political instability, corruption and reliance of artisanal mines on child labor.

Swiss mining giant Glencore, which owns open-pit copper and cobalt mine Mutanda in the DRC, the world’s largest source of cobalt, suspended the mine’s operations for a two-year maintenance in late 2019 citing low cobalt prices, as well as higher costs and taxes.
At that time, another unpleasant storyline was brought to public attention after a lawsuit filed in the US against five Big Tech companies, including Tesla, Apple, Alphabet (Google), Microsoft and Dell on behalf of the parents of 14 children who were killed or injured in cobalt mines in the DRC.

As Glencore was engaged in the extraction of cobalt in the DRC and its supply to these corporations, it also came under fire, even though it faced no direct accusations.
The company then said it was unrelated to artisanal mining involving child labor, but the lawsuit still dented its reputation.

Another problem for Glencore in the DRC was its partnership with Israeli mining tycoon Dan Gertler, who faced corruption accusations while obtaining mining permits in the country almost two decades ago. The activities of Gertler’s companies in the DRC were scrutinized by activists and foreign regulators from the US, the UK and Switzerland, and he was even sanctioned by the US in late 2017.
In 2021, Glencore increased cobalt production 14% year-on-year to 31,300 tonnes following the announcement of resumption of production at Mutanda. The company aims to produce 48,000 tonnes of cobalt in 2022, increasing output by almost one-half.

However, these plans may be compromised, as problems seem to linger. In mid-April 2020, Glencore declared a force majeure on contractual deliveries of cobalt hydroxide out of the Democratic Republic of Congo due to severe flooding in the South African port of Durban, which affected the warehouses and disrupted logistics.

Later in April, the DRC added the Mutanda mine to a list of projects that could face renegotiation of raw material permits and royalty streams, as the country’s president Felix Tshisekedi continues scrutiny of mining agreements made under his predecessor, Joseph Kabila, who was said to have corrupt ties with the aforementioned Gertler.

Three of Mutanda’s four permits are set to expire in May, according to Congo’s mining cadastre.
Mutanda produced about 20% of the world’s cobalt in 2018, its last year of full production. It restarted processing oxide ore late last year, according to Glencore’s 2021 annual report.

Reputation and responsibility are increasingly important assets in the industry, and the suppliers now strive to be recognized as ethical producers.

In early April, Norilsk Nickel Harjavalta Oy, the Finnish subsidiary of Russia’s Nornickel, the world’s largest producer of palladium and high-grade nickel, as well as a major producer of platinum and copper, was recognized as a Conformant Cobalt Refiner by the Responsible Minerals Initiative (RMI).
In November 2020, the facility was audited under the Responsible Minerals Assurance Process (RMAP) according to the RMI Cobalt Refiner Due Diligence Standard. In March 2022, the enterprise was included in the list of refineries that meet RMI requirements.

The RMAP Responsible Minerals Initiative is intended to create an enabling environment for industrial due diligence on cobalt supply chains in line with Organization for Economic Co-operation and Development (OECD) methodological principles.
There are currently 30 Conformant Cobalt Refiners, including 17 from China, according to the RMI.

Cobalt prices on the London Metal Exchange (LME) stabilized in recent months at four-year highs above $80,000 per tonne after rallying from below $30,000 per tonne in the first half of 2020.
The electric car market continues to unfold, and analysts predict further rise in cobalt prices in the next 3—5 years due to strong demand from battery manufacturers.

In the coming years, global cobalt supply chains will continue to be highly geographically stretched, with mining retaining huge dependence on the DRC and major refining capacities concentrated in China, which will create procurement challenges for battery manufacturers, Fitch Solutions noted in its recent industry report.

However, Fitch believes the global cobalt industry will receive a significant boost from the global transition to a green economy.

Fitch expects cobalt sulphate prices to continue rising over the next two to three years as demand from battery manufacturers outstrips supply. This should support production and investment in new cobalt sulphate projects to be launched from 2023 to 2024.

Accelerated introduction of new electric vehicles in China will stimulate global demand for cobalt sulfate in the short- to medium-term. In the long term, over the next decade, demand will be supported by the growing spread of electric vehicles in Europe. While Fitch expects cobalt production to increase, prices will remain on an upward trajectory for three to five years as demand rises at the same time.

However, according to S&P Global Intelligence, global production of cobalt in 2022-2024 may exceed demand due to the commissioning of new production capacities.

Apologies Ma’am, but we’ll be working – 41% workers not off on Jubilee bank holiday