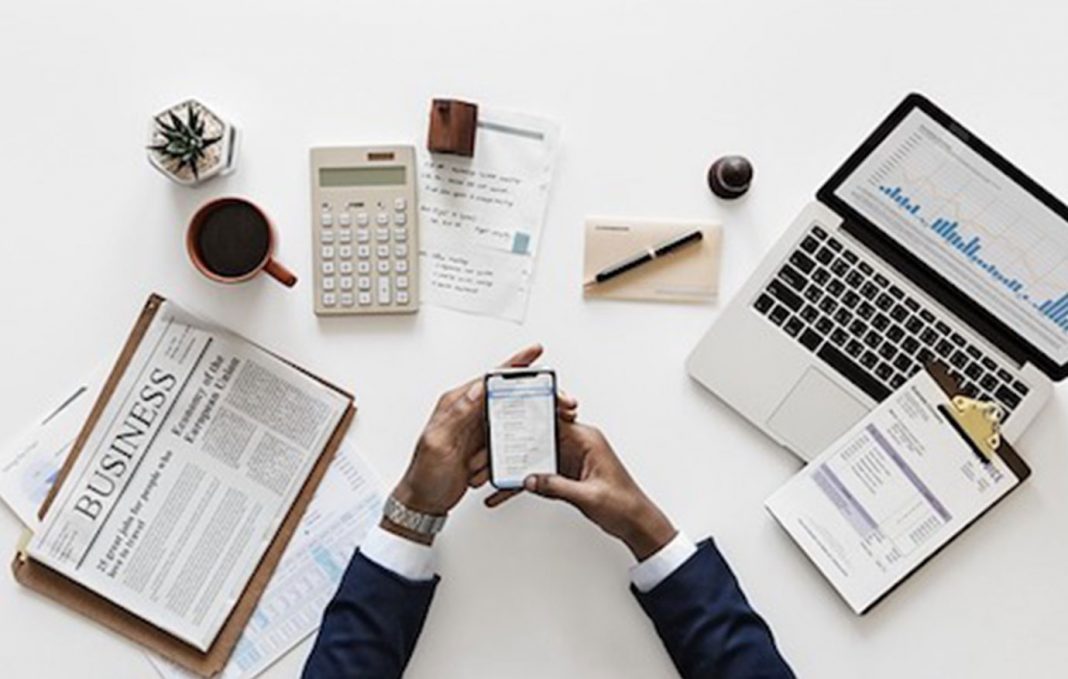 The greatest financial innovation we’ve seen over the past 12 months is headline replacement. What was last year’s “Trade Talk Optimism,” has been replaced by this year’s “Vaccine Optimism.” And it’s working wonders, particularly with the small caps, which are over 3% higher, more than undoing the weakness we saw just a couple of days ago. 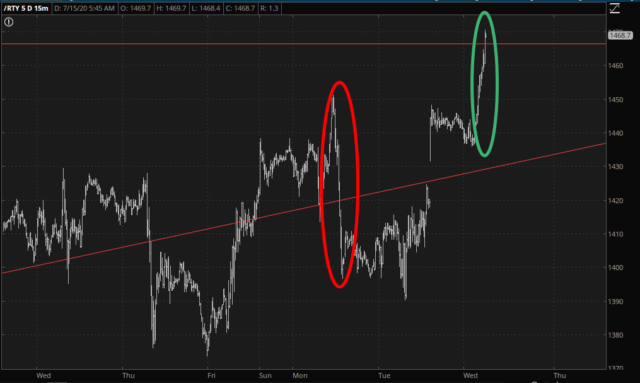 What no one cares about is that the “Trade Talk Optimism,” which was responsible for about 7,000 points on the Dow, turned out to be absolutely nothing. Consider the results: Phase 1, which actually was signed, created some tepid agricultural purchases. Phase 2 has already been declared to not ever going to happen. And, added to all this, relations between the U.S. and China are rapidly declining. And yet, the markets are soaring.

The catalyst for this was, of course, Moderna (NASDAQ:MRNA), which is up strongly but stalling out at the moment: 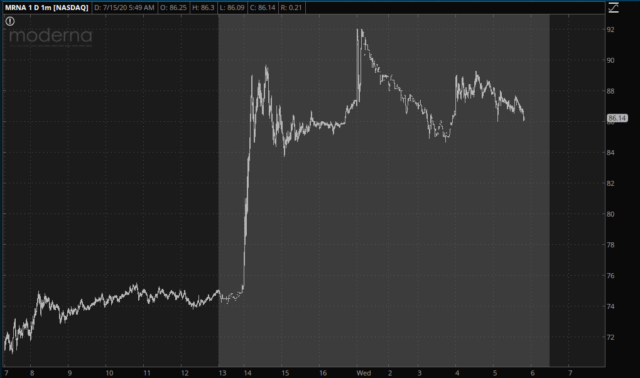 But the rally since March 23 tears on. The weakest of the strong this morning is NASDAQ, which is up only about 1/4th what the small caps are, although the trend since March 23 is jaw-dropping: 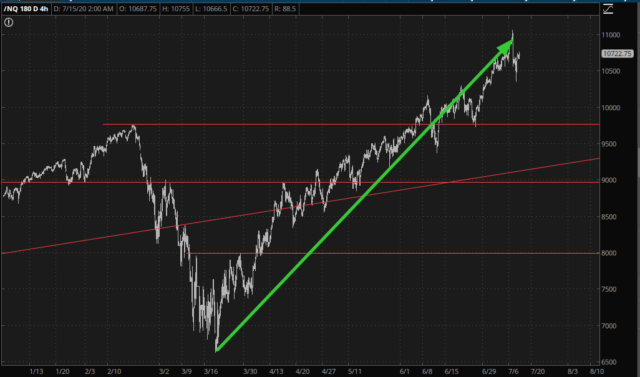 The small caps broken their own March 23 trendline last week, although they are poised to shake off that failure. 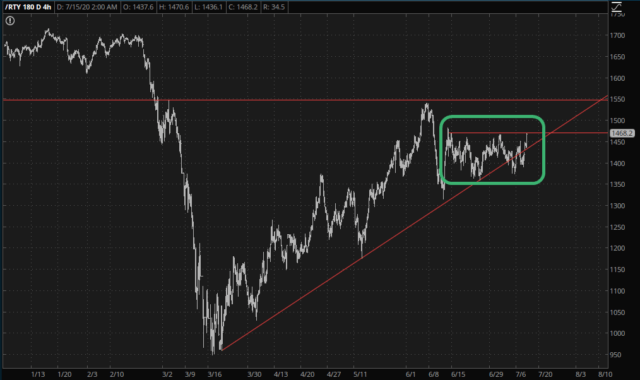 Even more hazardous is the /ES, which consolidation zone I’ve marked. Considering how strong the market is with all the bad news out there (Moderna being the sole exception), it’s remarkable. 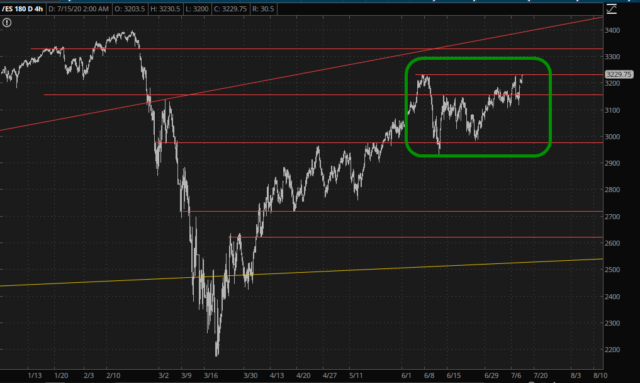 On a non-market note, we’ve continued to make improvements to the site, but I haven’t been talking much about them. First of all, most of them are network/reliability oriented, and second, actual feature enhancements have tended to be tweaks and polishes. As larger improvements get done, I’ll be sure to let you know.

Philippines to use Sinovac vaccine on health workers